Skip to content
4 min read
When you first approach photography, it's probable that you will never have heard about the RAW files nor of TIFF Images, it's comprehensible since the most used formats used for pictures are JPEG, JPG, and PNG (filename.jpeg - filename.jpg - filename.png).

In this article, we will explore:
• What a RAW file is.
• The difference between JPEG files and RAW files.
• What a TIFF file is and for what it is used.

What is a RAW file?

An easy explanation of a RAW file could be that it is an unprocessed image, but to really understand what a RAW file is we need to dig a bit deeper.
A RAW file is not actually an image, it’s rather a collection of uncompressed collection of data that the camera sensor has captured. Of course, if you have set the camera to safe your files as raw, you will still see a picture on the screen of the camera, but once you export it to your computer you will need a software to view it, to edit it and to be able to export it as a JPEG or a TIFF image.

Once we have understood what a RAW file is, we need to understand that the content of the data collected as a raw file is not the same all across the camera brands, as it is when we talk about JPEG images, and when exported from the camera to your workstation, they will appear with an extension based on the brand of the camera.
In order to understand what extension your file will have once exported take a look at this table.

One Known issue when you shoot RAW is that sometimes your computer if you are using Windows, will not be able to read nor open a RAW file, but the fix is easy and quick.
In order to allow your platform to be able to read and to open the File, you will only need to download and install the RAW file extension codec.
To get the codec just click on the link below.
https://www.microsoft.com/en-us/p/raw-image-extension/9nctdw2w1bh8?=&activetab=pivot%3Aoverviewtab

When comparing a RAW file, with a JPEG file, the most important factor to keep in mind is the usage you will be able to make with it.

If you compare a RAW file with a JPEG image, it’s easily understood once you have had a look at the typical proprieties of the file formats listed below, which one is best in terms of editing and which one is the best for sharing on Instagram or social media in general.

In the following table, you can see an exact comparison between the two file formats.

What is a TIFF file?

Generally speaking a TIFF file is not much different from a JPEG file.
But if we dig a bit deeper under the surface we can understand why it needs an explanation apart from the rest of the image formats.

An image that is formatted as a TIFF file, is generally used as a lossless and non-compressed file that retains all the data from the image. Suitable both for editing (like in Photoshop) but also for high-quality printing ( as on a billboard for marketing or on a magazine).
However, the main characteristics of a TIFF file apart from the astonishing quality of the image is the size, that makes it suitable only for print work and should therefore not be used for images to be displayed on the web (most of the web browsers won’t even be able to display it).

Check out some other articles that may interest you:
Top 3 Nikon DSLR for Beginners
Lenses Explained

A helpful guide to landscape photography (Lenses, Composition, and scouting). 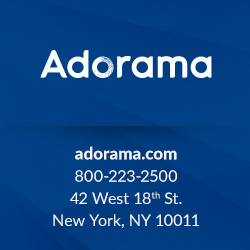 You may have missed

A helpful guide to landscape photography (Lenses, Composition, and scouting).